The window design looked at bringing the campaign to life; celebrating the bold, unapologetic individuality of UGG®. 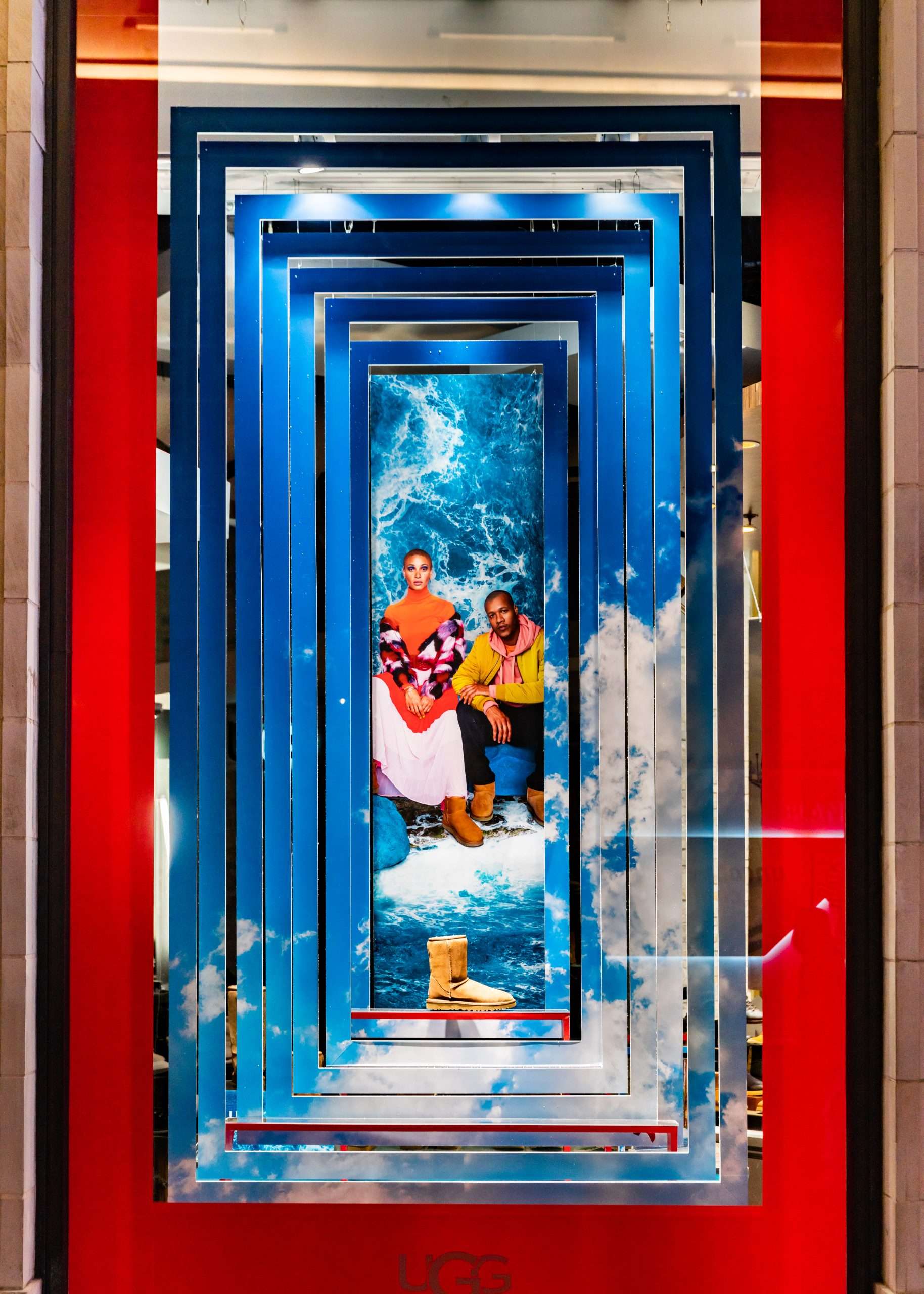 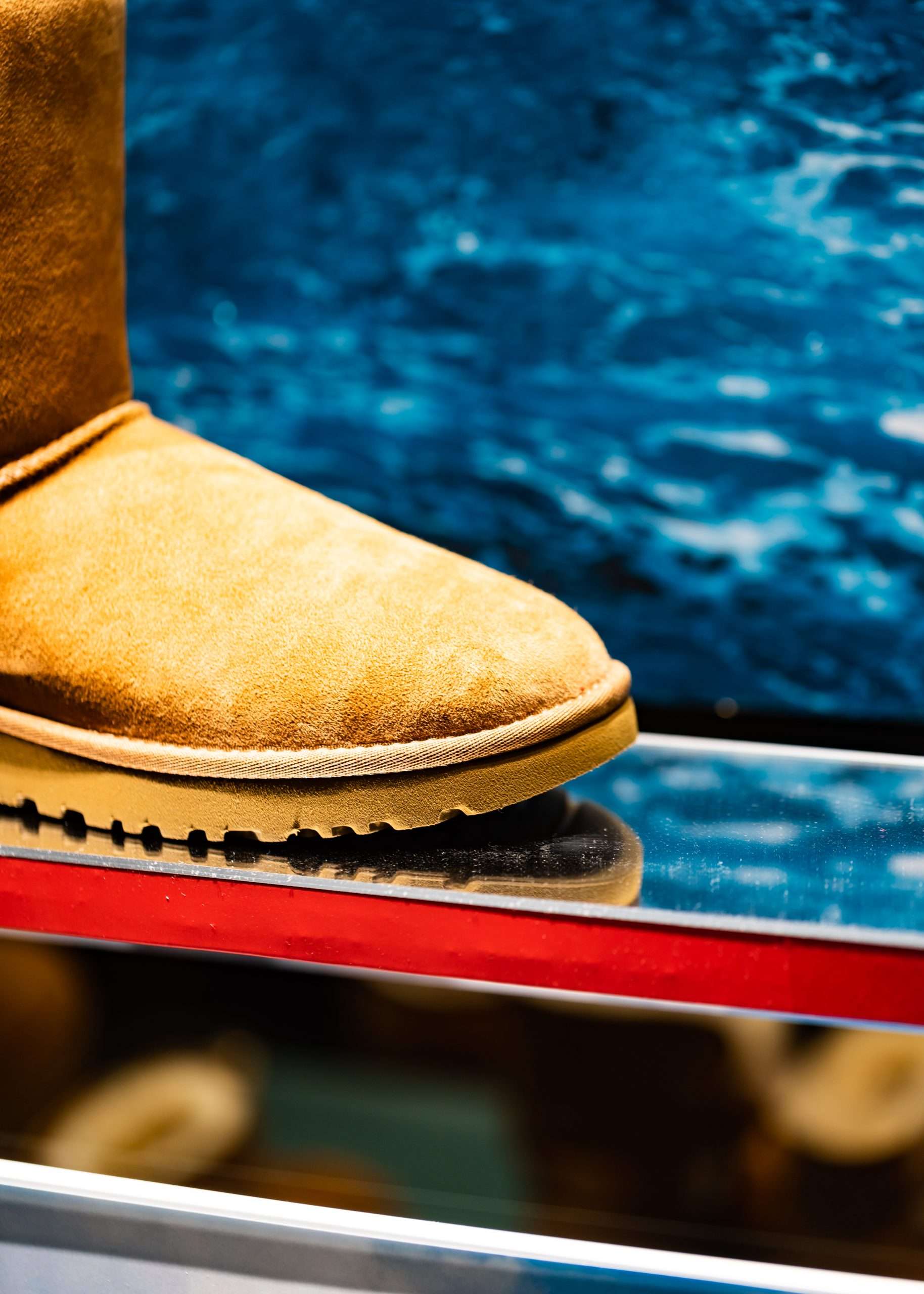 The design focused on playing with illusion and depth, while keeping a bold graphical approach inspired by UGG 40th Anniversary campaign.

The two high-impact faces were the key window visuals – wearing the limited-edition collection. As an iconic California location, Big Sur’s striking coastline served as the textured background in the primary window scheme while a sky print was used for the secondary window.

FormRoom designed the window around impactful graphical shapes to put emphasis on its diﬀerent sections. Its symmetries and asymmetries create dynamic compositions.

Stepped plinths with reﬂective tops are mirrored and allow for unexpected product display. Use of ﬂoating frames and vinyl created illusion of depth and play with form.

The secondary window focuses on the illusion of depth and gloriﬁcation of products, using various sized frames and mirrors. Sky print and reﬂective ﬂoating podiums created an illusion of products ﬂoating in the air.

Scaled versions of the display have been developed for wholesale activations, pop-ups, and table risers around the world. 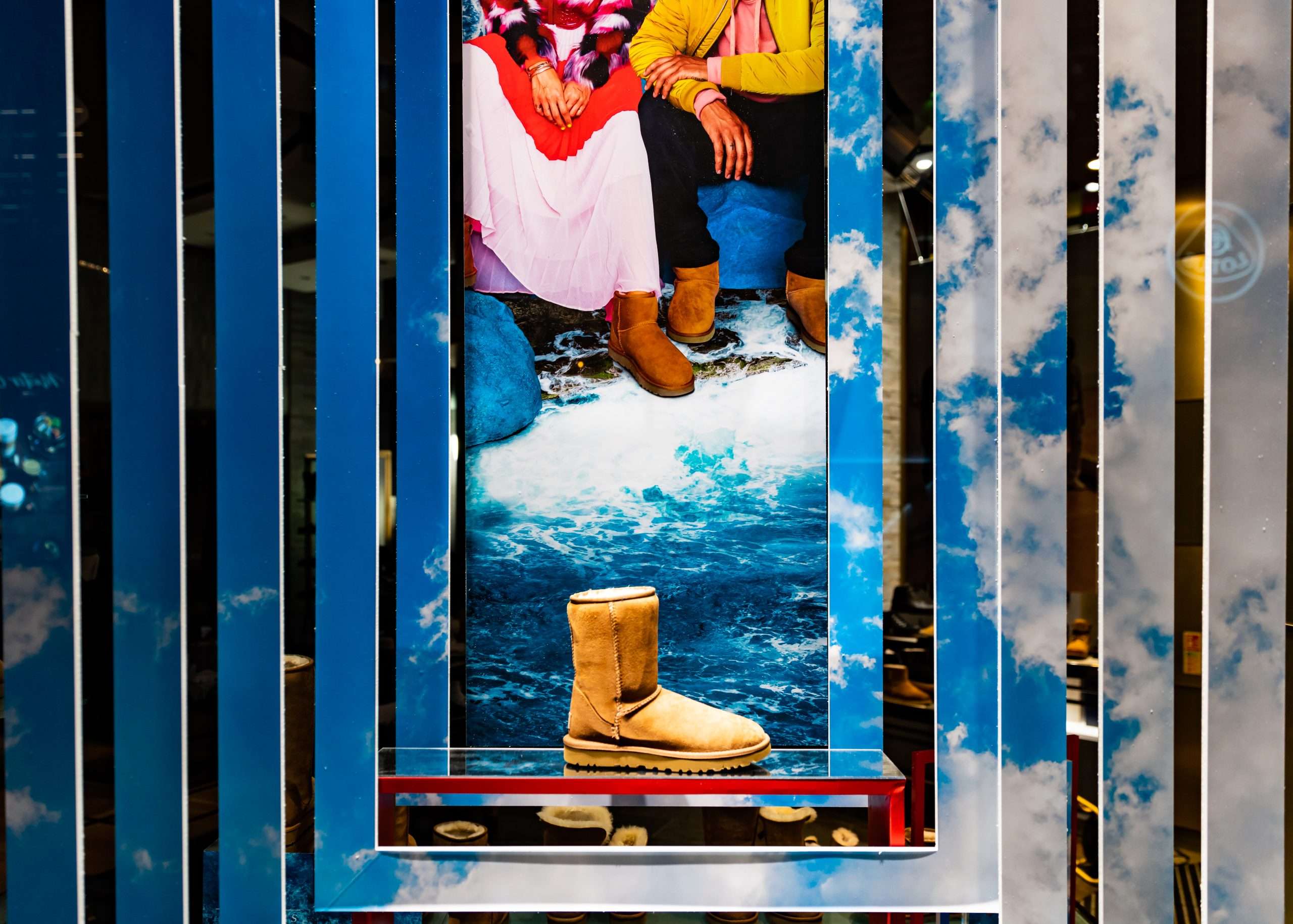 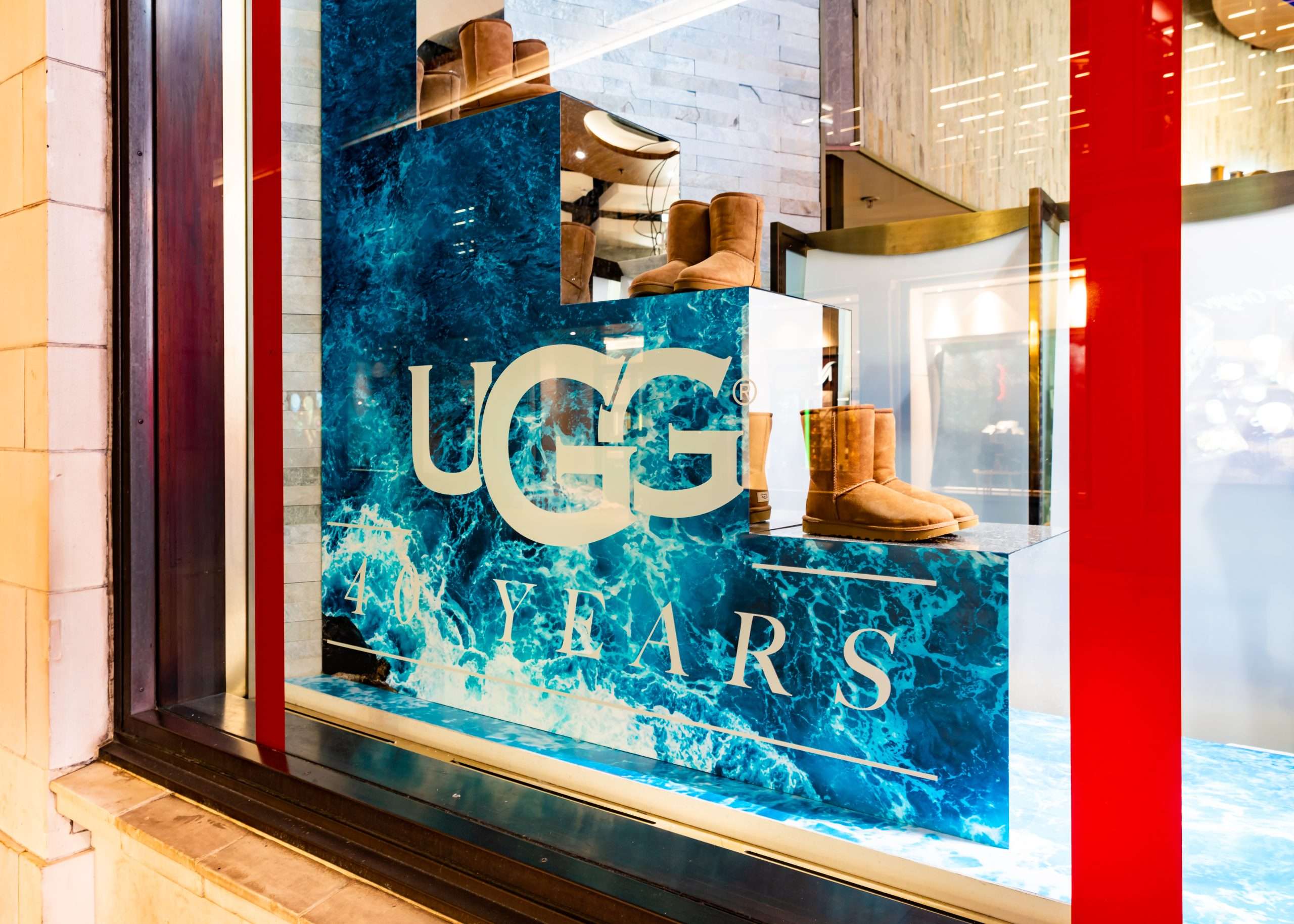 “We wanted to take the opportunity to look back to who we are as a California lifestyle brand that’s been embraced by bold and provocative people, so the images respect our heritage while featuring the people we have connected with.” 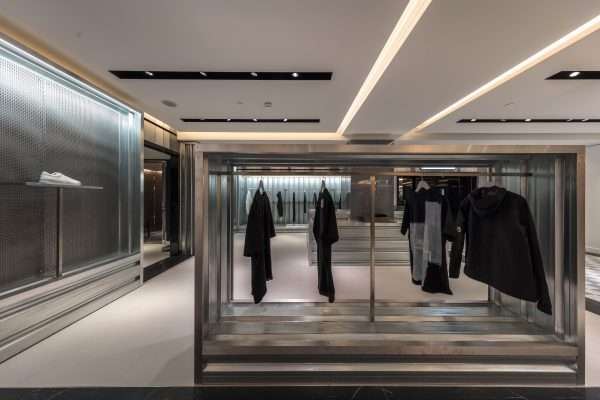 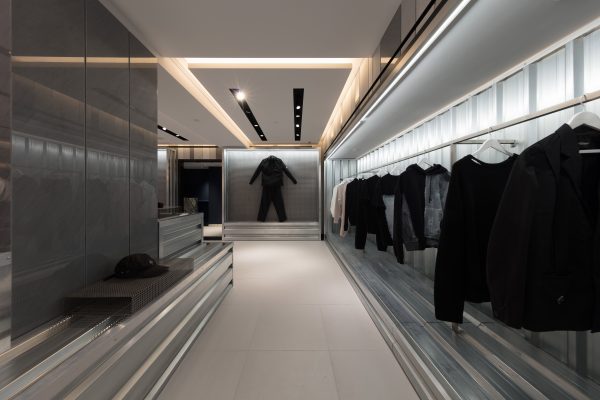 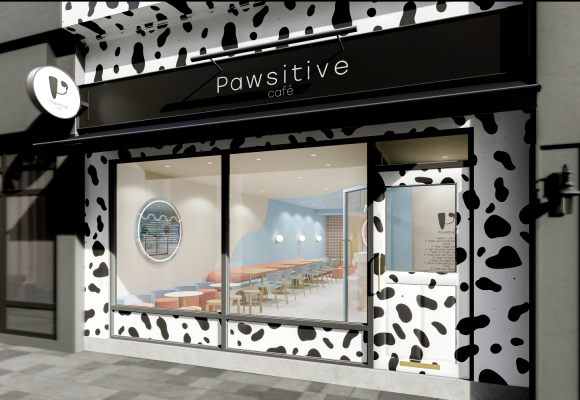 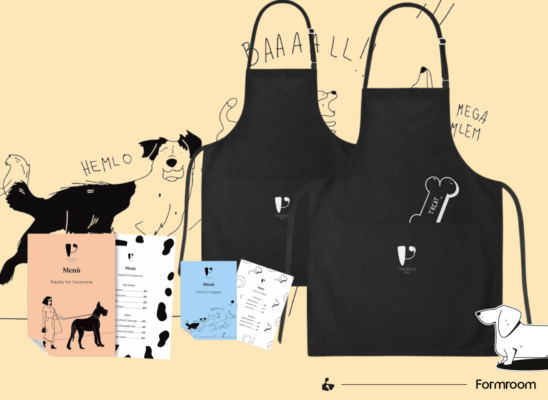